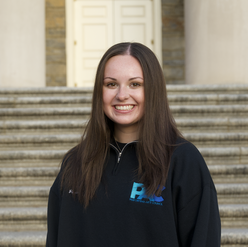 Anna Sulecki is a fourth-year  majoring in public relations with minors in digital media trends and analytics and psychology. Anna found her home at Penn State within the arts community, specifically within the blue band and she is so excited to be president of PAC this year! As president, Anna wants to help advocate for arts programs and show the university that everyone has a place within the arts! Anna also served as blue band vice president her junior year and wants to continue sharing the arts across Penn State as PAC President. 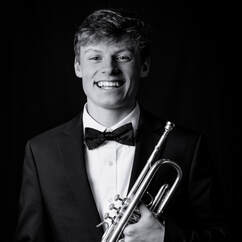 David is a third-year student studying music education in the Penn State College of Arts & Architecture and Schreyer Honors College. David’s passion for involvement in the arts stems from his participation in organizations like the Penn State Blue Band, where he is a section leader, as well as bands and orchestra in the Penn State School of Music. As Vice President of Community Relations, David is focused on establishing connections with arts organizations across campus and serving as a liaison between student groups and the University. Outside of PAC, David is a scholar in the Presidential Leadership Academy at Penn State and can be found spending time cooking, working out, and reading. 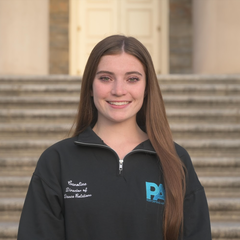 Caroline Castora is a third-year majoring in Meteorology and Atmospheric Science with a minor in Journalism with a goal of becoming a broadcast meteorologist. Along with PAC, Caroline is the proud President of Orchesis Dance Company, Penn State’s oldest dance org! She grew up dancing in the competitive Dallas, TX, where she gained exposure to many renowned teachers and choreographers. As the Director of Dance Relations, she wants to help newer dance orgs get a footing in the world of Penn State Dance! 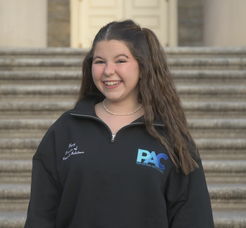 Perry Drugan is a current second-year Marketing Major who's a member of Shades of Blue A Cappella, the Thespian Society, and No Refund Theatre! Music and the arts have always been such an impactful aspect of her life, and it's such a joy to be able to foster it as a member of PAC! 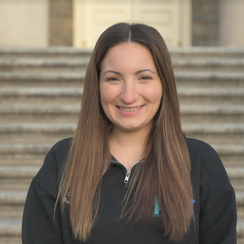 Stephanie Libertucci is a graduate student studying Management and Organizational Leadership from New Providence, NJ. This year, Stephanie is so excited to continue serving on PAC’s executive board for the fourth year along with being a Fundraising Safety captain with THON. As an undergraduate, Stephanie majored in Public Relations at Penn State and was also involved with the Public Relations Student Society of America, Happy Valley Communications, and Lion Scouts. Growing up just outside of NYC, Stephanie found her love for the arts in the theatre community and can always be found cheering on Penn State’s musicals. 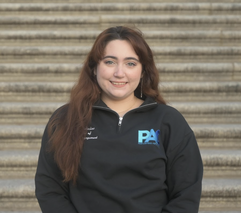 Emily Stedina is a fourth-year majoring in Film Production from Dunmore, PA. Around campus, Emily is involved in The Penn State Thespian Society and No Refund Theatre, as well as THON’s official livestream 46Live. She is a proud alumna of the Disney College Program and enjoys reading, dancing, and watching movies. Emily is excited to showcase the performing arts community through film and work with PAC! 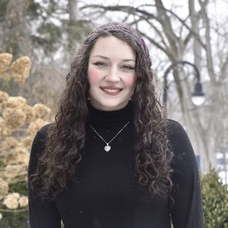 Lindsey is a third-year from Pittsburgh, Pennsylvania majoring in German and Environmental Resource Management with a focus in Water Science. On campus, Lindsey is involved with The Penn State Thespian Society and No Refund Theatre, which introduced her to PAC and inspired her get involved. In addition to her arts involvement, she is involved with the Environmental Resource Management (ERM) Society. Lindsey is looking forward to help make the Penn State performing arts community more sustainable while working alongside the PAC executive board in her first year of involvement. 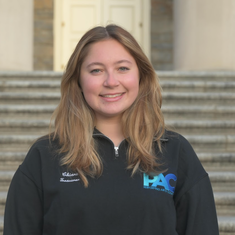 Chiara Dooley is a third-year Biochemistry and Molecular Biology major from Nazareth, PA. She is a member of Oriana Singers, the all female choir at Penn State. She is super excited to get more involved in the performing arts community and can’t wait to help PAC succeed! 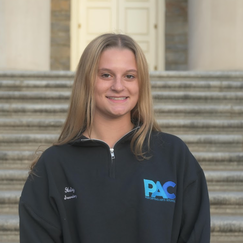 Haley Zanardelli is a fourth-year from Pittsburgh, PA double majoring in psychology and criminology. This is her first year being involved in PAC serving as secretary! On campus, she is involved in Orchesis Dance Company after being a competitive dancer for 16 years! She  also works as a research assistant in the Social Vision and Interpersonal Perception Lab. She is very excited about this year and eager to help boost involvement in the performing arts across campus! 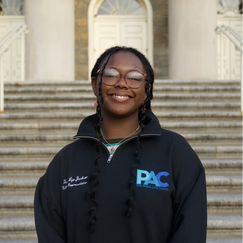 Trinity is a second year B.F.A Acting student from Central Pennsylvania. She is so excited to be joining the exec board for PAC again this year! In addition to being the UPUA representative, she is the SPA liaison through UPUA. She is so excited to be working with the board to strengthen the arts community’s impact on campus. You can normally find her waltzing around campus with a coffee in hand and headphones strapped to her head.